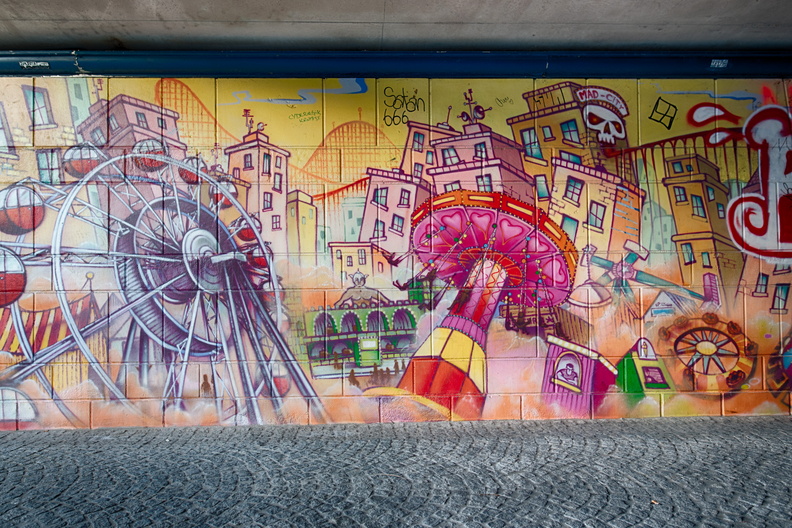 If you know me well enough, I expect you to be surprised by this post as I am not keen on meetings, but earlier this week I read an article about meetings and yeah, written by Sarah B. Weir. You should read it before proceeding to the following text.

This article is pleasant to read, isn’t it? If you were here with me, I would expect you to say “yeah!”.

I have to say that I admire those articles where authors manage to use simple English without dumbing their content down. I wish I could write finer content; I’ll keep trying until I can replace the word wish by will.

(Oh sorry), let me get back on track…  In fact I’m happy to see the evolution of meetings from the (old) formal, stressful, useless and one-way communication moment into something more casual. As I earned a degree in physics, I usually try to find an explanation to everything and the the one I’ve found for this study is linked to social networks (e.g. +1).

However, according to the article, body language hadn’t been taken in account by the study; for instance if I say yeah (monotone with an extended a sound) or yeah (brief and raising tone), the meaning is opposite. But I doubt that people would say normally say a negative yeah and would remain silent instead. Also, I’m wondering how attendees in international and multicultural environments would react if I kept saying yeah: no matter what, I will try.

Had I had some spare time, I would have read the complete study, which isn’t list on Improbable Research, a Web site publishing all kind of useless research, and therefore won’t be a candidate for the Ig Nobel prize. Looks like it’s useful.

In my humble opinion, we should have meetings on a couch, share some food, or enjoy outdoors, while walking on an alameda to the restaurant. That’s an utopia. Yeah! Can I please grab a bite before the next meeting? No! That’s a dystopia.. Yeah!

I found a topic onars technica about The Internet in Kazakhstan, so I looked at it…

Here in Luxembourg, I spend about $150 monthly for one of my broadband flat rate Internet access, which is about 2% of my gross income.
In Kazakhstan, unlimited Internet access is far from being affordable, especially with an average monthly salary of $400. For example, a flat rate 2 Mbit/s ADSL price is over $4500, per month, and does include neither the 14% tax, the activation fee nor the modem. The alternative solution, using cable, provides a 10 Mbit/s access that is about a thousand times higher than in Western Europe: over $35,000. Of course taxes, activation and modem are excluded.

A report from the Organization for Security and Cooperation in Europe explains more about Internet governance in Kazakhstan (seek to page 119).

The picture below is an invoice from my cellphone operator.
If you open it, you’ll notice that I underlined one of the data transfer while I was in Germany: 0.5945 Euros (excl. VAT) for 3 kB transferred, charging a price up to 233 EUR per MB transfered (incl. VAT) (~300 USD). To compare, local data connections can be charged as 3 EUR/GB if used within one day.

In this example (using the worst roaming condition and best local price), roaming charges are up to about 80 000 times more than local connections.

Operators are making a so huge fortune with data roaming that they’ll never want to change the system; and European members states will support them as they collect the VAT (between 15% and 25%, depending on the states). Since the European commission somewhat managed to limit roaming charges for voice calls, will they increase their data charges in order keep their profit as high as possible?

I think there will not be any real Europe as long as it’s based on national operators that are not willing to deploy a European-wide network. On the other hand, what would people think in Australia if they were charged for roaming charges between states? That would definitely kill or damage many businesses.

As a user and consumer, I prefer to switch a wifi network (either public, available in a café or on the Fon community) where I can even use a Voice over IP client on my phone and pay only a few symbolic cents/minute instead of Euros. How will operators react when massive people switch to an alternative like those? Will they file for bankruptcy or attempt to make wifi illegal?

In addition to this, the Luxembourg based cellphone operator Tango launched a special offer named unlimited surf pack: it includes 5GB of data. So how unlimited is it? It’s available 24/7, so marketing people described it as unlimited. Nice joke!

As a summary, this Eurobarometer study on roaming says a lot, despite it is not focused on data roaming.

Some parts have been randomly captured, unfortunately both the final shot and the best parts miss on the movie. It’s my fault, but it’s difficult to film and watch while holding a simple digital camera in hands with 512 MB of storage.

BLANK SCREEN…
“Darling, could you check what’s going on with the TV receiver?
– No more TV!
– Since we have paid for a premium ZZTV subscription, we can watch it over the Internet!
– Internet is down!
– Maybe the server is down?
– In that case, I’d suggest to go to another restaurant!
– Dammit, let’s call the hell desk! Something must be wrong with our settings…
– No phone connection!
– Wireless call?
– No network…

Oh sorry, in fact this post isn’t about Family Guy 🙂

This F– story is about a reality, though a bit exaggerated, about a growing disease in Information Technology… This is déjà-vu about ten times during this month.
Not later than midday today, they announced some risks of thunderstorm during the afternoon. As a result, the phone connection and Internet went down in the next following 5 minutes.

Yesterday, there was another similar story with one of my client’s servers, hosted in a dirty-center whose habit is frequent power failures; what a pleasant sunday morning, being woken up on the phone, while being gone for the week-end abroad…

Last week, I experienced some interesting issues with my personal server hosting company whose network has been down for eight hours.

The winner is definitely this cable company in Belgium and Luxembourg; I think if they guaranteed 99.9% downtime, it wouldn’t change much from what we already have… This is a part of their strategy: the more downtime they have, the more clients will call their hotline using a premium number, then wait for an answer; and the more money they make!

What if someone had call an emergency number? According to their contract, they are not liable for any consequence of downtime. How about ethics? Would this work in the US?

In the past, I used to have multiple Internet connection, thus I spent about a monthly invoice not far from a Portuguese salary, just for my personal internet connectivity. Of course, despite of all these securities, outages from both providers at the same time happened, which used totally different networks and physical supports… Whose leg are they pulling?

I wanted to figure out how cookies work, so I made a Web site pertaining to the telecom industry where people can register and shout, scream, cry and complain about operators. But they can also share their positive experiences.

The concept of this site is not to mention companies name when submitting an experience. If the company name is provided, I’ll keep it for myself and will maybe laugh one day when so many people are complaining about the same operator 🙂

The beta version is in place: some (important) features (profile edit, comments, ratings, contact between users, statistics, search) are still missing and I expect some bugs as I did all the back end today. The features will come slowly, so please be patient. It includes a tiny CMS I wrote for the occasion, using the Smarty (yumm, chocolate!) classes.

The site is www.czll.com, czll is a typo defining a broken call…

Do not hesitate to try it and report bugs!

Yeah, this is a come back in the telecommunication politics after many years in the darkness!

While reading the FSF France website, it seems that the French government could declare free software illegal.

On Friday November 18th, 2005, at the ministry of culture, phonographic lobbying group declared to free software actors: “You are going to change your licenses.” and “You are going to stop publishing your software.”. They declared they would sue any author who gives his source code if the amendment “VU/SACEM/BSA/FT Division Contenus” would be voted.

Publishing free software allowing to access to culture is going to be a counterfeiter offence; any software allowing download such as instant messengers or any server software (P2P, HTTP, FTP, SSH, …). Any network software would require spyware ala Microsoft, Sony or Apple or would be declared illegal. Originally written by Videndi Universal, this amendment has been improved by other members of the Sirinelli comission, for the Higher Council of Literature and Artistic Property.

I believe this won’t work; if they would vote such a law, they’d kill their economy; on the other hand it was a crime to use cryptography a few years ago in this protectionist country where politicians “seek refuge behind old barriers and old ideas”. À suivre…